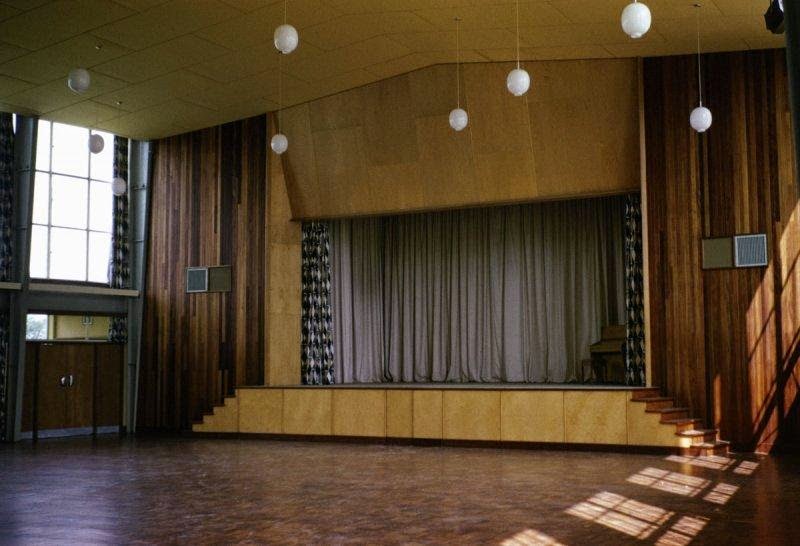 Incredibly, in my advanced state of age and decrepitude, I sometimes find myself looking back on my schooldays with a certain amount of wistful yearning.  I'm not quite sure why, because I never much liked school at the time, being an inveterate daydreamer who gazed through the classroom windows at the wider world beyond with a longing to be out there and enjoying myself.

My least favourite subject in school was PE (physical education - or exercise), and I was forever 'forgetting' my shorts or gym-shoes in order to avoid what I saw as pointless exertion.  A healthy life may be a happy life, but I was unconvinced of this philosophy, much preferring a state of restful inactivity and thoughtful contemplation.

The PE teachers were an odd mix, the chief perpetrator of officially sanctioned child torture being an overweight baldie by the name of Mr. MacDOUGAL, who had a stogie permanently protruding from his facial orifice.  He wore a blue tracksuit which showcased his distended stomach, ample and ironic testimony of his own far from ideal physical condition.  (In memory, he bore an uncanny resemblance to actor WILLIAM MERVYN from ALL GAS AND GAITERS, a once popular TV sit-com.) 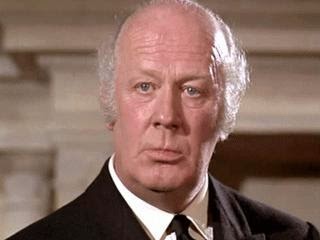 Mr. MacDougal's favourite 'sport' was sadistically tweaking the nipples of any pupil who incurred his disfavour - something he seemed to take perverse delight in. Nowadays, of course, this cruelty wouldn't be tolerated and he'd be fired faster than a fart from The FLASH, but things were different back then.  Such behaviour tends to confirm the long and commonly-held suspicion that all PE teachers are perverts of some description anyway (allegedly).

There were two other guys (and at least one woman - to teach the girls, presumably), one of whom had a perm and moustache that HARRY ENFIELD's Scousers would be proud of.  (The other one may well have been similarly styled - they tended to conform to the same 1970s pattern of what was then considered the epitome of manliness, but now seems overwhelmingly 'camp'.) 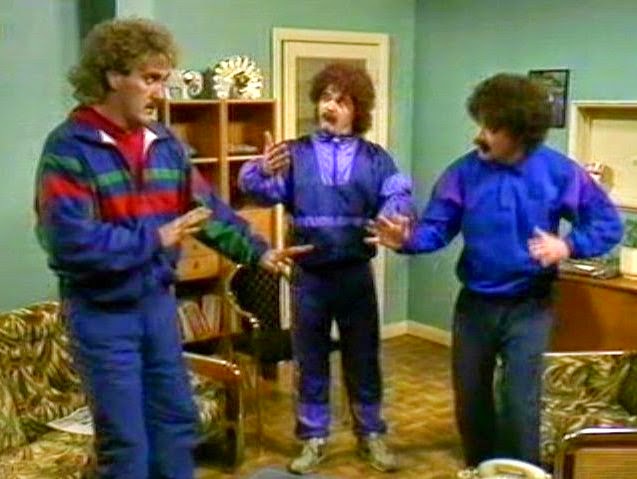 On the particular occasion which I am now about to relate, I had recently been legitimately excused from a few PE periods on account of a sprained ankle.  One afternoon, I was limping along the corridor outside the changing rooms on my way to another class, when I was suddenly sent sprawling onto the floor by the extended foot of the moustachioed instructor - who'd quite deliberately tripped me up, the b*st*rd.

He then proceeded to berate me for wearing gym-shoes (ironic or what?), proclaiming that they weren't suitable footwear for school (outside of the gym hall, obviously), nor part of the approved school uniform.  I explained that I was wearing them because of a sprained (and bandaged) ankle and they were more comfortable to wear in my less then flexible state.

That night at home, I recounted the event to my father, who visited the school the next day to speak to the headmaster about the instructor's behaviour.  When the teacher next saw me, he summoned me over and snarled "Next time, tell your father to come and see me, not the headmaster!"  What a pr*ck, eh?

My father originated from a rough area of Glasgow, so it must have been an effort of will on his part to resist taking up the offer, but he registered his annoyance at the school.  Whether the instructor was ever spoken to about his second mis-demeanour I never found out, but I don't recall any further incident from him.

I think it's obvious that much of the trouble which teachers have encountered over the last couple of decades can be traced back to incidents similar to my own (which were by no means unique), which started a trend of resistance to any perception of unfair discipline in the minds of then-future parents, who'd be automatically inclined to take their kids' side in any confrontation between pupils and staff, due to their own experience of injustice at school.  Now, of course, things have gone too far the other way.

So what have I learned from looking back at my schoolboy escapades?  Merely that I still hate any form of physical exercise - unless it involves a nubile nymphomaniac with a penchant for old middle-aged men who look remarkably like myself. (Although I'd probably settle for a nice cup of tea and a biscuit.)


Any schooltime scandals of your own that you'd care to relate?  The floor is all yours.