WINDOW ON THE PAST... 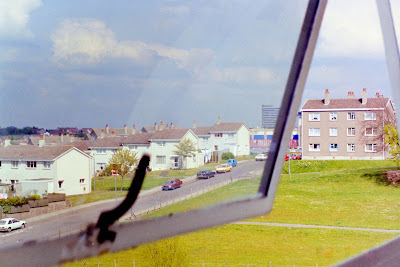 Regular readers will be aware by now that one of the chief delights of my life when younger was gazing out of my classroom windows and losing myself in daydreams.  What cared I about matters pertaining to geography, history, maths and the like?  I was too busy flying around the sky or saving the world - in my fertile imagination, at least.  Sometimes I wasn't quite so energetic in my fantasies, and was content just to watch the clouds glide by in languid motion, going wherever it is that clouds go to.

It should therefore come as no surprise to anyone to learn that I still like to gaze out of windows today, observing the comings and goings of neighbourhood residents, the antics of assorted dogs, cats, birds, squirrels and foxes, and whatever else happens in a typical street.  And yes, I still enjoy just watching the clouds drift by or contemplating the rain pattering off the pavement.  Recently, however, I've become aware of just how few people I actually recognise in their daily perambulations past the panoramic perimeters of my property.

There are now only two faces I can identify from around the time I first came to this house over forty years ago.  One was here before we moved to the area, the other took up residence a year or two after we arrived.  There are others who've lived here for maybe twenty or thirty years, but for some curious reason I still regard them as 'newbies' and not yet established in the neighbourhood firmament.  Strange how them not living here within the first few years of my arrival makes them seem like newcomers I haven't quite adjusted to yet. 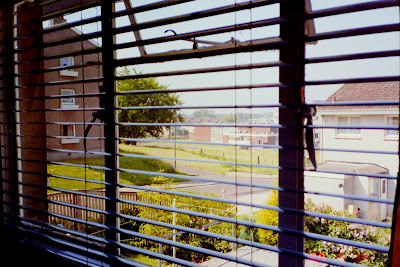 There's a possibility that one of the old, familiar faces may sell up and move on in the not too distant future, and the other is retired and getting on in years.  When the last link to how things once used to be has finally gone, I wonder just how I'll react to being surrounded by complete strangers with no connection to my younger days back in the early 1970s.  I've noticed a feeling of 'displacement' gradually creeping up on me over the last few years as more and more 'well-kent' faces have faded from my everyday experience, and sometimes I almost feel like I'm the stranger who doesn't quite belong in these here parts.

It's then that I immerse myself in comicbooks from four decades ago and re-live the early years of when I first moved to this house, in an attempt to recapture the mood, the ambiance, the atmosphere - the flavour - of what it was like to live here back in the sensational '70s, when I was practically just a lad not too far removed from the start of my journey through life and all it had to offer.

Then I lose myself in visions of the past;  where long-gone local worthies yet walk the streets beyond my windows - living, breathing, laughing and chatting as they did in bygone days, before they gradually fell, one by one, victims to time.  I seek refuge in a place and a period which now exist only in memory, populated by the ghosts of yesterday, and the knowledge is not lost on me that, one day, my 'continuance' will consist of being nothing more than a lingering echo in the minds of others. 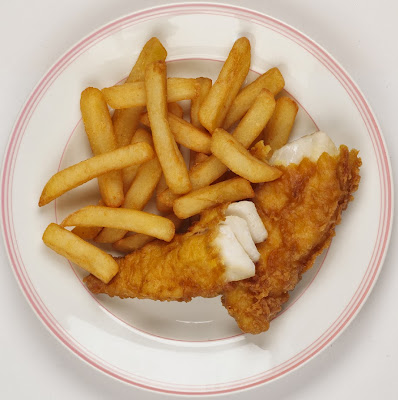 As regular readers of this blog will know, I spend an inordinate amount of time looking back on my early years, and one of the things that recently struck me was just how differently some of my friends' parents treated me when I was a teenager, as compared to how my parents treated most of my pals.

For example, whenever any known member of my motley crew came to the door for me, they were invariably invited in, and quite a few times my mother would feed the fortunate individual if they called when she was just about to make something to eat.  If I was having fish and chips then whatever pal had been fortunate enough to drop in was also treated to the same culinary delight as myself.

However, it seems to me that, whenever I called in to visit certain pals, I was kept waiting at the door if it was answered by a parent - and one time, calling in on one particular pal at a prearranged time in order to go somewhere, I was told "He's still in his bed!" and had the door closed in my face.  Sorely tempted as I was to say "Well, get him out of bed then!", my somewhat lame "He's expecting me!" as the gap in the door narrowed had no effect.  On the other hand, if ever I was in my bed when a friend called, they were still invited in and I would be told to rouse myself as quickly as possible.

I can't recall, with one possible exception, any of my friends' parents ever feeding me if I should mistime my visit and chap their door when they were fixing on getting around to eating.  Usually I'd be told "He's just about to have his tea!" and find myself staring at a door.  And I'd imagine it was the same for any other friends that called, not just me - although I can't prove it, so maybe I just gave off the wrong vibes.  Can't see how though - I was never a ned and certainly didn't dress (or behave) like one.

Of course, this doesn't apply to everyone I know, as some pals never called at food-times - or vice-versa - but it happened in the case of a few long-term regulars.  I guess I'll just have to put it down to my parents being better-mannered and more welcoming than those of some of my pals.  Names are withheld, of course, to spare the blushes of the guilty parties.

Hugh was a nice big fella - tall, thin, quiet and unassuming.  I'd met him back in 1983 when I was attending night-classes at my old secondary school (now demolished), and he was one of those people with whom it was immediately easy to get along.  I'd left school at 16 before sitting any Highers, and now I was seeking to redress the oversight by studying for Higher English.  (Passed it.)

However, it wasn't until after we'd sat our exams and night-school was over that Hugh and I became friends rather than just mere acquaintances.  Not the sort of friends who palled about regularly, or who made arrangements to meet up or anything like that.  It was just a case of whenever we ran into one another, we'd pass the time by 'shooting the breeze' and perhaps having a coffee together. Sometimes he preferred a pint, so we'd find a bar and I would partake of a Coke (in a dirty glass - nothing soft about me), and we'd kill an hour or two in conversation.

The last time I saw Hugh, I treated him to a meal in a local eatery and we reminisced about 'old times'.  We'd only known each other for about seven years or so, so our shared recollections didn't reach back too far, but Hugh was a bookworm and always had something interesting to say.  He was also a book rep, which meant he had a car, so when we'd finished our meal and had a gab, he deposited me at my house and said goodbye.  "We'll do this again sometime," he said.  "My treat."

A couple of months later (or so it seemed), I was reading the 'In Memoriam' column in my local paper and spied a familiar name.  It was the first 'anniversary' of the death of someone's beloved son, and I was surprised to see that the name of the deceased was the same as Hugh's.  Couldn't be him of course, as I'd last seen him only a couple of months back and the poor guy in the paper had been dead for a year.

However, as the day wore on, something gnawed at the back of my mind, and eventually I 'phoned a Glasgow shop which Hugh used to supply with books from time to time.  A guy called Stevie answered and I asked if he knew the book rep named Hugh, and whether he'd seen him recently.  "He's dead," he said.  "Got hit by a bus about a year back."  Thanking him, I put down the 'phone and slowly let the confirmation of my nagging suspicion sink in.

That meant I'd last seen Hugh over a year before, despite it seeming far more recent than that.  I could hardly believe it - he'd been resting in his grave (or his urn) for over twelve months while I, in my ignorance, still trotted about permissively, half-expecting to run into him at any time.  Even after I learned of his death, I'd occasionally see someone in my local shopping centre and absent-mindedly think "Is that Hugh?", ready to call out to him before sadly remembering that he was no longer around.

Funny how quickly time passes, isn't it?  It's now over twenty years since I learned Hugh had died, and it still only seems like a few months since we ate and talked and laughed together, and he dropped me off outside my house with the promise of "doing it again sometime".  Sadly  for Hugh, that "sometime" never came - nor, in fact, for me either.  But who knows?  Maybe one day, perhaps - in another place, another time.