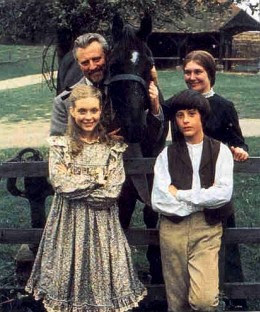 As I've grown older I've also grown more sentimental and nostalgic for times past.  Nothing wrong with that you'd think - except for the fact that I already had an over-developed sense of nostalgia from my earliest years.  This means that my tendency to look back on bygone days is probably now off the scale, but I find myself unable to rein it in.

Case in point: A few years ago I bought the NETWORK DVD collection of BLACK BEAUTY, which used to be shown on Sunday afternoons back in 1972 through to '74.  There were only 52 episodes ever filmed, but due to repeated screenings over the years, it sometimes seems that there were far more than the two series actually made.

Black Beauty was the British equivalent of SKIPPY or FLIPPER, except that it was about a horse instead of a kangaroo or a dolphin. "What's that, Beauty? Kevin is trapped in the old mill and needs help. You go and fetch Doctor Gordon, Beauty, and I'll go to the mill.  Bring him back with you.  Go, Beauty, go!"  In short, it was pure hokum - but entertaining hokum for all that. 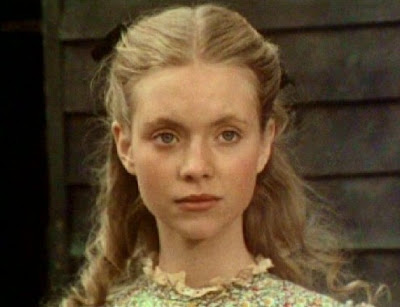 It's not that I was a huge fan of the programme, only watching it occasionally when there was nothing else on, but (as is the way of such things) with the passing of the years, it now represents a certain time in my youth which has become more meaningful to me the greater the distance I'm removed from it.

It's strange to view it now and see all the characters preserved in time while I have aged and atrophied.  This feeling is increased with the sad knowledge that the actor who played young KEVIN GORDON (Roderick Shaw) died back in 1996, and Tony Maiden, who played ALBERT CLIFTON, committed suicide in 2004.  (And Charlotte Mitchell - housekeeper AMY WINTHROP - died last year.)

However, at the press of a button, there they are - just as they were when I was around the same age as the two lads (and their pal NED LEWIS, played by Stephen Garlick) who got into such adventures as most kids could only dream about.  And who could ever forget VICKY and JENNY GORDON, played by Judi Bowker and Stacy Dorning?  Then there's Dr. JAMES GORDON himself, played by William Lucas, who's still around to this day. (Update: Sadly, William died aged 91 on 8th July 2016.) 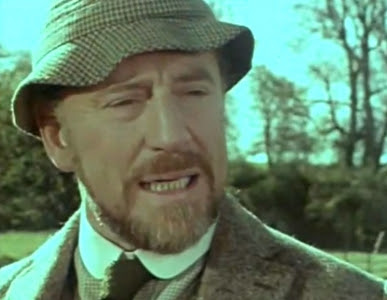 Seeing them again is almost like dropping in on old friends, except for the fact that I've aged and they haven't - although the weight of years temporarily drops from my shoulders while I spend time in the company of these childhood acquaintances from so long ago.

At the end of A.A. Milne's The HOUSE At POOH CORNER, there's an extremely sad and touching moment when Christopher Robin tries to explain to an uncomprehending Pooh that life is taking them in different directions.  The book ends with these words: "But wherever they go, and whatever happens to them on the way, in that enchanted place on top of the forest a little boy and his Bear will always be playing."

That's the way I feel about Black Beauty whenever I watch an episode. Somewhere, near a remote and picturesque farmhouse, an ebony horse and his human companions still roam the enchanted pastures and wooded hills of Hertfordshire - and I'm with them on their adventures.  (With Denis King's stirring theme tune, GALLOPING HOME, playing rousingly in the background of course.) 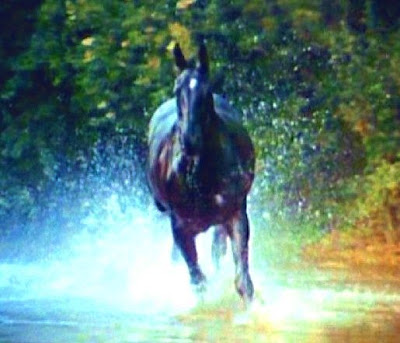