CARESSING THE KEYS OF MEMORY... 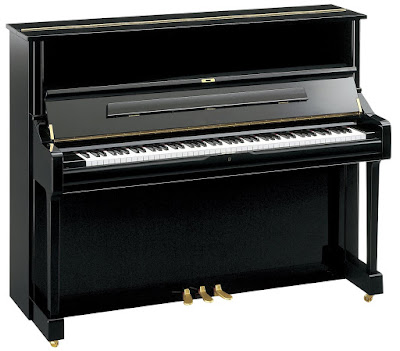 This is another of those tales that I know I intended to relate a while back, but can't remember if I ever actually did so or not.  Anyway, back in 1972 when my family first took up residence in my present abode, the family with whom we swapped houses left a piano behind.  I can no longer recall how long we kept it, whether it was a year, two years - maybe even going on three, but my parents, at some stage, decided to dispense with its seldom-used services.

None of my family played the piano, and apart from a rare visitor occasionally tickling its ivories, the poor 'box in the corner' lay neglected for the most part.  So my father donated it to the town's hospital, and a contingent of youths in the charge of an adult (I have a vague memory they may have been Scouts, but I'm not certain) came to our home one day and wheeled away our unwanted house-guest.  I wonder how it felt being so unceremoniously evicted?

I've long been afflicted with a tendency to imbue inanimate objects with sentience, feelings, emotions - even personality.  What can I say?  I'm off my head!  But did you know that, apparently, when plants and trees are pruned, they scream?  (It's far beyond the ability of human ears to detect, but scientists have registered the 'sound' on audio machines attuned to a certain wavelength.)  True, plants and trees are 'alive' in a sort of way;  they grow - not something that a piano (or any other inanimate item) in the corner of the living-room does.  (As far as anyone knows anyway.)

However, if you cut a leaf in half, and then subject it to a certain kind of infra-red spectrum analysis, the image shows the outline of the full leaf.  So, imagine if a tree, even after being chopped up and made into furniture, yet retains a part of whatever measure of 'awareness' it may have had when it was growing in a forest or field somewhere?  Too far-fetched?  Perhaps, but who can say for sure?

Anyway, where am I going with this you may be wondering.  Years after the fact, I learned that our old piano had been passed onto the church situated across the road from our former abode.  The fellow who told me was one of the boys who had helped remove the piano from our house.  It transpired that he was a friend of a friend, and what's more, coincidentally lived next door to another of our previous homes, though not when we'd lived there.  (Which is neither here nor there, but it's an interesting example of how 'fate' unfolds.)

The woman who now lived in our former residence would undoubtedly have been in that church on occasion, even if only for a jumble sale or a coffee morning. Given my over-active imagination, I found myself wondering if she might ever have passed her/our old piano without recognising it, and whether it had called out to her in its inaudible voice, not understanding why someone it knew was now ignoring it.  "Hello, it's me - don't you remember me?  I lived with you once and then you went away one day and left me behind.  What did I do wrong?  Did I offend you by being out of tune perhaps?  Why won't you acknowledge me?"

Same goes for myself.  Although no longer living in the area, I was back in that church many a time over the years.  As was my mother in fact, as she attended its Sunday services every week.  I restricted myself to jumble sales and Christmas and Summer fayres, but I surely must have passed the piano, or even stood close to (or against) it on one of my many visits over a period of nearly 20 years.  Did that poor piano also call out to me (or, on separate occasions, my mother), unable to comprehend why we turned a deaf ear to its cries?

The church was demolished around '91 or '92 (due to structural flaws) and a new (and different) building was erected in its place.  I took numerous photos, both inside and out, before the old church (which had only been completed in 1965 or '66) was erased from the face of the planet, and our old piano - if it hadn't been replaced or dispensed with by that time - is surely in one of those pics.  It was a large church, with two or three pianos in different halls, but I think I got photos of all of them.  Trouble is, they're in a box in the loft at the moment, so I can't check - or illustrate this post with a piccie.  I'll add one later when I find them.

In the meantime, I've used a stock photo of a piano, which will have to do the job for now.  I guess it's always possible that the piano yet survives in the new church building, and now that the thought has occurred to me, I'll make a point of visiting one day to see if it is.  If it's there, I'll be sure to say hello to it, and run my fingers over its keys, just for old times' sake.  If it isn't, I'll gaze upon it's image in one of my photos and bid it goodbye.  After all, it's a friend from the past, and doesn't deserve to be forgotten.

Whatever its fate, hopefully it had a happy life being played for the enjoyment of hospital patients and church groups.  Had we kept it, it's entirely probable that it would never have got to fulfill the purpose for which it was created, and merely been a surface on which to place framed photos or vases.  It was made to make music, and I like to think  that's what it got to do.  (And hopefully yet does.)

Feel free to tell me that I need 're-tuning'.


Update:  Below are three photos of two pianos (I think - could be the same one in two different halls).  I took them in the church sometime in the early 1990s, and I'm hoping that one is the piano we had temporary custody of at the beginning of the '70s.  There's no reason why one of them shouldn't be 'ours', so I prefer to believe that one of them is. 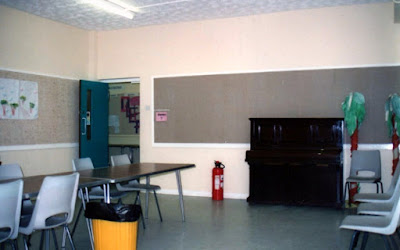 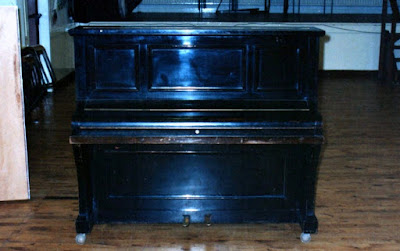 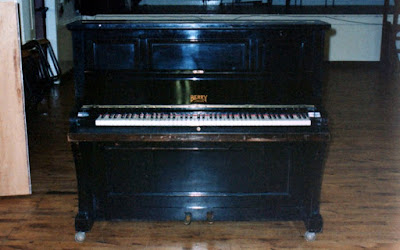