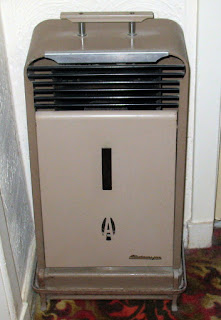 In all seven family homes (counting the one we inhabited twice four years apart as two separate ones) in which I've lived over the decades, on the upstairs landing has stood the above ALADDINIQUE paraffin heater.  A good many years back, I discovered the envelope with the pamphlet and paraphernalia inside that had been sent to our tenement apartment in the West End of Glasgow, but I don't think I ever paid any particular attention to the postmark on the envelope - September 19th 1957. 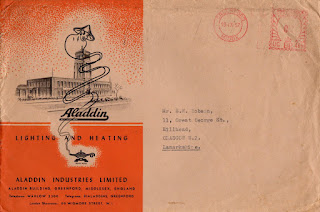 That means it predates me as I hadn't yet been born, and when I was, I was too young to remember our Glasgow abode when I eventually became aware of my surroundings.  That didn't happen until we were ensconced in our first house in a New Town, and I remember the heater from that point on.  The last time I recall it being used was during the power cuts of the 1970s, along with a couple of paraffin lamps (which I also still have), but it's served merely as an ornament of sorts since then.  Obviously it could be pressed into service again were there ever to be another power cut. 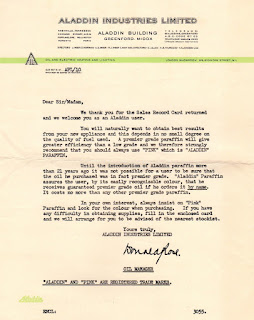 There's something reassuringly familiar about seeing it parked next to the bathroom door (its spot in all our New Town houses) when I trot, barefooted, along the landing on my way to perform the hallowed 'ceremony of evacuation' of bladder or/and bowels.  I'd miss it if it wasn't there - it's like a silent sentinel that stands guard in the night.  Anyway, I thought I'd share some of the images from the contents of the envelope as they speak so eloquently of a vanished age.  The instructions show a bit of wear and tear, but the rest of the contents look almost new (though dated). 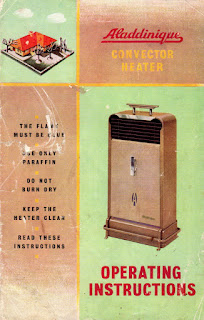 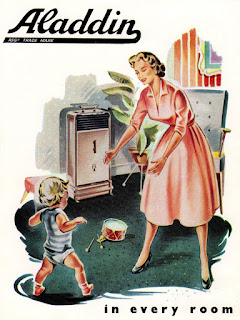 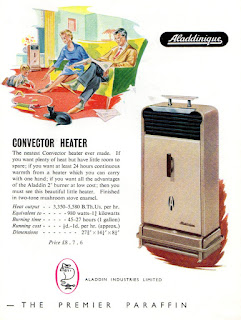 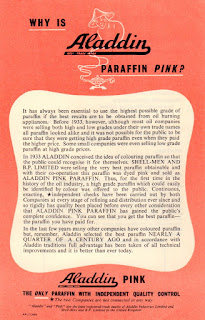