It was around 1970/'71, and myself and two pals were leaning on a railing outside a row of apartments above the neighbourhood shops.  Passing below were three thuggish, slightly older females who hung around with the local neds.  They glared up at us.  "Whit ur you f*ckin' lookin' at?"  they trilled in their delicate, girlish way (sarcasm).  "Dunno - the label's fallen off!" I yelled back.  The gauntlet had been thrown down, and the trio of nasty nedettes responded by mounting the stairway, their Doc Martins pounding the steps in pursuit of ourselves.

I say 'pursuit' because the moment I opened my gob, the other two legged it and I followed.  These girls were bigger and older than us, and as hard as nails.  Having been brought up never to hit a 'girl', we'd have been at a distinct disadvantage trying to defend ourselves against the furious assault that was surely forthcoming. We fled past the front of the apartments towards the door to the interior stairway which led down to the shops below.

We reached the bottom door with a sigh of relief.  Once we were through that exit, our safety was secure and an inglorious fate would be avoided.  Alas, 'twas not to be - the door was locked, being early evening, and that avenue to freedom was denied us.  We considered going back up the stairs to the first floor offices above the shops and below the apartments, and using the corridor leading to the library to escape.  Too late!  We heard the 'girls' on the steps and realized discovery was imminent.  What to do?

Then I had a brainwave!  The bottom flight of stairs wasn't closed off, allowing us to seek shelter under them, so I beckoned my comrades to conceal themselves as I did likewise.  We bunched together tightly, as the merest glance under the stair-way would've revealed our presence, and tried hard not to make a noise.  The nedettes pushed and pulled at the locked door, then grunted in frustrated rage. "They must've got out on the first floor!" one snorted. We expected them to return to the upper levels again, but they plonked themselves down on the steps above us and each lit up a cigarette.

We moved not a muscle and feared even to breathe, lest we betray ourselves. After a seeming eternity (but was actually only a couple of minutes or so), they ascended the stairs and made their exit, amidst much muttering and detailed descriptions of what damage they'd inflict if they saw us.  We stayed rigid for a few moments longer, but once their voices were no longer audible, we exhaled a collective sigh of relief.  What a narrow escape and we knew it.  I can't recall any other moment in my life when I felt more alive, every sense attuned to my surroundings, and I'm sure my two friends felt the same.  (I wonder if they even remember it now?)

Even today, I think back to that moment and recall how I felt at the time;  the excitement, the exhilaration, the fear, and, of course, the sheer relief and gratitude at having survived a precarious predicament unscathed.  It was like something from a 3 Investigators or a Mission Impossible tale - a truly thrilling moment that lives on forever in my mind, and reminds me that, once, my life was more than the uneventful series of events that it is now.  I felt like James Bond, even though, at that time, I'd not yet seen a Bond film.  However, I knew that anyone who had a real car like my Corgi Toys Aston Martin must be a cool guy in the face of danger - much like myself, in fact (he said, modestly), as the tale I've just related surely testifies.

Okay, so, technically, we ran away from three girls - but that's only because we didn't want to hurt them.  (Well, that's my story and I'm darn well sticking to it. Wanna argue?)

Ever been in a similar situation?  Then let's hear all about it in the comments section, o fellow Mellows.  Spill the beans! 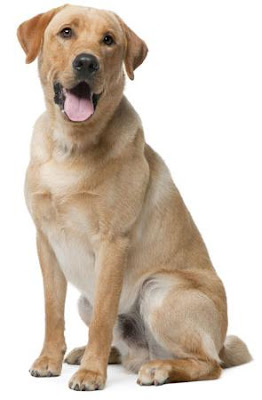 Mr. CURRY was the janitor of the second primary school I attended.  He lived in the end house of the fourth row down from mine, straight across from the school, and his house came with the job.  Imagine my surprise when, a year or two after we'd flitted to a new house and neighbourhood, I noticed that Mr. Curry had become janitor of the primary school just around the corner from us.  His house (that again came with the job) stood in splendid isolation in the school grounds.

Before flitting, I'd been a secondary school pupil for nearly two years, but Mr. Curry was still a regular sight on account of him passing my house to or from the pub on the far side of the shops across the street.  It was therefore a tad strange when, after we'd flitted, he again became a regular sight to me in my perambulations around my new neighbourhood, either when I passed the school on my way to the town centre, or saw him walking home from his local public house.  He liked a drink, did Mr. Curry.  Died quite a few years ago now.

Let's now jump back to when I was yet living in my former neighbourhood and was still a primary school pupil, sometime around 1968, give or take a year either way.  While gazing out of the window of the annexe huts across from the main building one afternoon, I saw Mr. Curry taking a kick at a golden labrador which appeared to be seeking shelter in the doorway.  His kick may have connected, but I couldn't say with certainty after all this time.  I was shocked to see an adult behave in such a heartless manner towards one of man's best friends, and felt sorry for the poor animal.

Later that evening, coming back from a pal's house, I saw that the dog was again sheltering in the school doorway.  Had it been abandoned?  Was it lost?  Or had it tracked down its young master to the school and was now faithfully waiting for him to emerge from the building, not realizing that he'd gone home hours before? I told my father about the dog, and, along with my brother, we went down to the school and brought the dog home with us.  It was a friendly animal, and hungrily scoffed the cold link sausages we fed it from the fridge.

My father, who worked for the police, arranged for them to collect the poor dog and house it in their kennels 'til collected by its lawful owners.  He later informed us that the canine had been claimed, but even at the young age I then was, I wondered if he was telling us what had actually happened or what he knew we wanted to hear.  Many years later, I saw inside the station kennels for strays, and they were the dirtiest, smelliest, vilest quarters imaginable.  To think that, if the dog wasn't reunited with its owners, it had spent its last days in such conditions is awful to contemplate.

I never much liked Mr. Curry after that, though, truth to tell, I hadn't much liked him before, but he fell even further in my estimation from then on.  Strange thing is, whenever I see a golden labrador now, I can't help but think of that poor beast from so long ago, and still find myself hoping that it was a happy ending all round for the dog and its owners.

Sometimes there are some things we're better not knowing, don't you think?  Just in case.

"WHEN GIANTS WALKED THE EARTH!" PART NINE OF SCHOOLTIME SCANDALS...


I don't remember her name, but I do remember what she looked like.  She taught English (I think) in a room of one of the annexed huts at the back of my sec-ondary school's main building.  I can no longer recall how the topic came up (talking about DAVID and GOLIATH perhaps), but I suddenly tuned in to what she was saying when I heard her say that giants had never existed.

I knew that wasn't necessarily true.  Didn't my ENCYCLOPAEDIA BRITAN-NICA Anthology say otherwise?  You can bet your last ROLO it did!  Here's part of what it said:

January 11.  1613, some masons digging near the ruins of a castle in Dauphine, France, in a field which (by tradition) had long been called the giant's field, at the depth of 18 feet discovered a brick-tomb 30 feet long, 12 feet wide, and 8 feet high;  on which was a grey stone, with the words Theutobochus cut thereon.  When the tomb was opened, they found a human skeleton entire, 25 feet and a half long, 10 feet wide across the shoulders, and five feet deep from the breastbone to the back.  His teeth were about the size each of an ox's foot, and his shin bone measured four feet.

It goes on to list other examples, but the one above will suffice for the purpose of this post.  I couldn't remember the exact details when I put my hand up to point out her 'error', but I knew I had the book back home which revealed the rashness of her claim.  I told her (in the politest of terms, naturally) that (if the EB accounts were true) she was wrong, but she pooh-poohed my earnest assertion with the assured, contemptuous manner of the intellectually superior towards the gullible and superstitious, and heaped scorn and derision upon my head.

"There's no such thing as giants!  Only the most uneducated of people would ever believe they once existed" she mocked, dismissing me with a wave.  Next day, I brought in the very book and showed it to her in front of the class.  As she read, she paled, then blushed, looking distinctly uncomfortable.  She might be able to look down her nose at me, but the Encyclopaedia Britannica was a different matter.

She spoke, but her voice was hoarse.  She cleared her throat, then stuttered and stammered her reply.  "Er, there's no such thing as giants, but there were tall men.  I never said there weren't tall men.  This was obviously just a tall man - a very tall man" she said lamely.  The class sniggered at her desperate and unconvincing efforts to extricate herself from an embarrassing situation of her own making.

"Well, 25 and a half feet seems pretty gigantic to me - but regardless of their exact height, that's what they called 'very tall men' back then - 'giants'" I said.  "And what about the other examples?" I continued, triumphant in my vindi-cation.  "Tall men, just very tall men" she blustered, trying to cling on to her rapidly fading credibility.  Too late!  It had vanished like a thief in the night, and yet another teacher had learned the folly of underestimating me.  Neds they could deal with, but  I represented an altogether different kind of challenge - one that they routinely found themselves ill-equipped to tackle.  (Yeah, you can feel the ego there, can't you?)

She always tried to avoid my gaze after that.  We both knew who had come off second-best in our little encounter and doubtless she didn't want to be reminded of it should our eyes meet across the classroom.  Teachers, eh?

(What she should have said, of course, was that she was talking about fairy-tale giants who lived in castles in the sky, or that the excerpts in the book reflected the knowledge and opinions of earlier times, which had since been supplanted by subsequent discoveries and enlightenment.  However, she wasn't quick-thinking enough for that.)